Previous 5 Next 5
A Mighty Wind, A Football Blowout And A Special Gift10/26/2010
Maybe it was because I couldn’t feel my fingers. Maybe it was because the wind kept trying to tip me over. Whatever the reason, I bailed out on the sidelines at halftime of the Edina-Minnetonka football playoff game Tuesday night.

I headed up to the press box, which was the smartest thing I did all day. The wind was … well, if you were at a game you know what the wind was like. The temps were in the 40s in the Twin Cities, but I unofficially clocked the wind at a little more than a bazillion miles per hour.

Minnetonka beat Edina 39-0 in a game that employed the so-called mercy rule, in which the clock does not stop in the fourth quarter when the margin is at least 35 points. And mercy me, nobody was upset about having the game end a little quicker than usual. My hasty halftime retreat to the press box was delayed just a bit, however.

Before the game, as is my custom, I shot photos of cheerleaders, fans, etc. (those are the bundled-up Minnetonka student managers in the photo.) A couple of members of the Minnetonka dance team smiled and posed when I pointed my camera their way, and then we chatted for a few seconds. I told them that I would photograph their halftime performance and post the photos on the MSHSL Facebook page (which I did, as you can see by going to that page).

As the first half wound down, however, a little blinking light on my camera was telling me, “Hey dummy, our battery is almost dead.” My backup battery was in my backpack, which was staying warm up in the press box. So I stopped shooting the football game, shut off the camera and saved some juice for the halftime show.

Mission accomplished … up to the press box … new battery installed and away we go.

The game was exactly what the final score would indicate. Minnetonka reversed a regular-season decision in beating Edina and moving on to face Eden Prairie in Saturday’s Class 5A Section 6 semifinals. The opening kickoff danced and juked in the wind, Edina’s returners couldn’t find a handle on the darn thing and Minnetonka’s Charles Webb jumped on the ball in the end zone.

James Farrow, who has committed to play at Virginia Tech, ran for short (8 yard) and long (61) touchdowns and intercepted two passes for Minnetonka. He also did the head official a favor and grabbed his hat when it blew off his noggin during the first half. (As seen in this photo.)

THAT OPENING touchdown was a gift for the Skippers, and a member of their coaching staff gave me a little gift as we sat together in the press box during the second half. John Mattox is an old coach whom I have known for a long time, and I always look forward to seeing the guy who is called “Mad Dog” by his players.

We were sitting there when John asked me, “Do you ever wear bolo ties?” Yes, I answered, saying that I had lived in Phoenix for a few years so I am very familiar with the classic western necktie. John reached into the pocket of his jacket and handed me an object in a plastic bag. It was a bolo tie; the metal clasp said “Tonka Pride” and carried an “M” for Minnetonka. “I made it myself,” he said.

It’s a work of art, as you can see in the photo. I’m no craftsman, so I don’t pretend to understand the process for creating such a nice piece. But I will treasure it, because it came from a good friend.

NOW IT’S ON TO Wednesday, which means day two of the girls’ state tennis tournaments and day one of state soccer quarterfinals. My plan is much like Tuesday’s: watch indoor tennis in the first part of the day and then bundle up for another evening of outdoor sports.

I’m afraid to look at the weather forecast.

--Join the MSHSL on Facebook by clicking on the Facebook button on the right side of www.mshsl.org. John Millea is on Twitter at twitter.com/mshsljohn
Gearing Up For A Busy, Fun Tournament Week10/25/2010
Tennis, anyone? How about soccer and cross-country and football, too? That’s the kind of week it will be in Minnesota, with tournaments busting out all over.

I’ve got my calendar, road map, stopwatch and compass out, trying to make a plan to see as many events as possible between Tuesday morning and Saturday night. (Also in the mix are visits to journalism classrooms at Hopkins High School on Monday and Minneapolis Washburn on Friday to discuss journalism as well as our new Student Sports Information Directors program.)

Fall state tournaments kick off with girls’ tennis running Tuesday through Friday; the Class 1A tournament will be held at Reed-Sweatt Family Tennis Center in Minneapolis and 2A is at the University of Minnesota’s Baseline Tennis Center. Team competition will take place Tuesday and Wednesday with singles and doubles filling the schedules Thursday and Friday. I’ll be bouncing back and forth between the two sites throughout the tournament.

State soccer quarterfinals for boys and girls in Class 2A and 1A will be held at several locations between Wednesday and Friday. Doubleheaders will be held at each site, and the locations are St. Cloud State, Hopkins, Park and Roseville. I’m tentatively planning to be at Hopkins for a 2A girls’ doubleheader on Wednesday evening and at Roseville for a pair of 2A boys’ games on Thursday.

Two intriguing soccer storylines involve the top-seeded boys’ teams in each class. In 2A, Apple Valley enters the state tourney with a state-record 44-game winning streak. And in 1A, the top seed is Prairie Seeds Academy, a Brooklyn Park charter school.

In cross-country, section meets will be held this week around the state. I plan to watch Wednesday's 2A Section 6 competition, where the field includes Edina, Wayzata and Eden Prairie, the top three boys’ teams in the rankings.

Section football playoffs began Saturday with a pair of Nine-Man games in Section 8 (congrats to Clearbrook-Gonvick and Climax/Fisher for advancing) and the rest of the state will play section quarterfinal games Tuesday night. I’m going to stick to the metro for Tuesday’s first round, watching a game between Edina and Minnetonka in Class 5A Section 6.

Barring a major quarterfinal upset, I will hit the road on Saturday for a Class 1A game in Section 2. Unbeaten Springfield, top-seeded in Section 2 and ranked second in 1A, will host No. 8 seed Mankato Loyola on Tuesday; a victory would mean another home game on Saturday night against Cedar Mountain/Comfrey or Sleepy Eye.

You may ask, what’s the attraction in Springfield? The No. 1 attraction is a good football team. But the Springfield Tigers’ lineup also includes one of the state’s top recruits. Tyler Marz is a 6-foot-8, 275-pound offensive tackle who has made a verbal commitment to the Wisconsin Badgers. All that makes a trip to Springfield -- even in the midst of a busy tournament week-- definitely worthwhile.

BY THE NUMBERS
*Schools/teams John has visited: 94
*Miles John has driven: 4,098

--Join the MSHSL on Facebook by clicking on the Facebook button on the right side of www.mshsl.org. John Millea is on Twitter at twitter.com/mshsljohn
Monticello Girls Capture 1A True Team Swim & Dive Title10/23/2010
Monticello set a new team scoring record in winning the Class 1A True Team girls’ state swimming and diving championship Friday night at the U of M Aquatic Center.

Monticello won the 200 medley relay and 400 freestyle relay, and other winners for the Magic were Caley Oquist in the 200 IM and 100 backstroke and Amanda Paulson in the 50 and 100 freestyle.

To see a photo gallery from the meet, go to the MSHSL Facebook page.
A Sea Change In 2A Girls’ True Team Swimming and Diving10/22/2010
Before this year, six Class 2A state True Team girls’ swimming and diving meets had been held. Stillwater had won them all and the Ponies almost ran their streak to seven on Thursday night at the University of Minnesota Aquatic Center.

Wayzata and Stillwater both broke the meet record for most points. The Ponies had held the previous record of 2,270, set last year.

The Class 1A True Team meet will be held Friday at the U of M, beginning at 7 p.m.

To see a photo gallery from the 2A competition, go to the MSHSL Facebook page.

BY THE NUMBERS
*Schools/teams John has visited: 82
*Miles John has driven: 4,073

--Join the MSHSL on Facebook by clicking on the Facebook button on the right side of www.mshsl.org. John Millea is on Twitter at twitter.com/mshsljohn
As Tournaments Crank Up, Let’s Remember What’s Truly Important10/22/2010
I received a very special email this week, and it is a terrific reminder of the strong ties between school activities and our communities, and what we can all do for each other. Through the swirl of fall state tournaments that will soon be upon us, this is a good time to reflect on the importance of being there for each other.

Merle Sveen, the head football coach at Janesville-Waldorf-Pemberton, wrote an article for the school district newsletter about how his players pitched in to help after Teresa Roberts, a longtime school staff member, passed away in August at the age of 47. J-W-P principal/activities director Michael Meihak passed it along to me.

The article speaks for itself. Here it is …


There was a very famous football coach who once said, “Winning is not everything; it’s the only thing!” That coach was Vince Lombardi, and as hard as it is for me to admit, he was wrong. 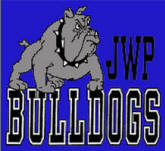 This fall we were all faced with a huge loss when Teresa Roberts passed away. We not only lost a co-worker, but a great member of our community as well. I have had the privilege of coaching Teresa’s two sons in football and track, so when I heard the news of her death, I felt our JWP football team needed to do something for her family.

After talking with my captains, we came up with the idea of having a servant auction. When we took this idea back to the team, they agreed it was a good idea. We put four different servant packages on her benefit auction and raised almost $400 for her family. That was a fantastic feeling for our football team.

Fulfilling those contracts was the tough part. After having our first scheduled work weekend canceled due to the 10 inches of rain we received, we were finally able to spend a day at Dr. Pope’s residence loading up firewood for a previous JWP football coach. We had a fun day and were even treated to a great meal for lunch.

Last weekend I took 10 more workers all the way to Morristown to work at Teresa’s sister’s cabin. There we moved 60 pounds of blocks and loaded them onto pallets.

We also dug a trench along the house to help fix a leak. Finally, we dug a fire pit, raked their lawn, and bagged up all the leaves.

Once again, we were treated to lunch. As I sat around and listened to everyone talk, I heard lots of comments that made me feel proud. I heard heartfelt appreciation expressed from those we helped. From my football players the comments ranged from “That was fun” to “I am sure glad we could help them” and “We should do this more often!”

In a football season where wins haven’t come easily, I have to say we are learning important things every day. We have an exceptional group of young men with whom I am proud to be associated. As far as winning being everything, I believe lessons like this will be the more valuable ones in life.